Another bite: Buhara Pilav - Anatolian rice with lamb and spices

by Heinrich Hall on 29 May 2020 • No commentsAnother bite, Turkey travel

What's in a name? Buhara pilav is named for the city of Bukhara in Uzbekistan. Image from wikimedia, by Adam Jones from Kelowna, BC, Canada / CC BY-SA (https://creativecommons.org/licenses/by-sa/4.0)

Today, I'm sharing a recipe for a dish that any traveller to Turkey will have encountered in some form or another, be it at a friendly host's home table, or in an authentic lokanta, the traditional casual eateries found in towns and cities all over the country. One might also have come across it on one of the gulets we use for our archaeological cruises: rice cooked with lamb, onions, carrots and spices, sometimes known as buhara pilavı (but more about the name further below).

It belongs to the rich Turkish tradition of cooking dishes with rice. The most basic of those, pilav, has been available on our website for many years, but today we hope to spice it up a bit!

Buhara pilavı is a simple recipe, easily prepared from few ingredients, and also easily modified. Its complex balance of strong flavours is certainly reminiscent of the cuisines of Central and Eastern Anatolia, rather than that of Aegean Turkey. Its constituent elements also fit that picture: even at a time when semi-nomadic lifestyles were common in the region, they were not hard to obtain, rice being easy to store and transport, and lamb or mutton (of which a fairly small quantity is needed) being nearly omnipresent - as regards the spices, bear with me for another paragraph or two.

A mausoleum near Kashgar, China. Image from wikimedia, by Collegota / CC BY-SA (https://creativecommons.org/licenses/by-sa/4.0).

That said, the dish appears to evoke the exotic notion of "the East" even in Turkey. I've come across what is essentially the same preparation under two names, both of them placenames, namely buhara pilavı ('pilav in the style of Bukhara') for a simpler version, and kaşgar pilavı ('pilav in the style of Kashgar') for a somewhat more elaborate one.

Where are these places? Bukhara is in modern Uzbekistan, some 1,800km (1,100mi) east of the Turkish border as the crow flies. Kashgar (or Kashi) is even further away, 2,700km (1,700mi) east of Turkey, in Xinjiang Province, China's far west. To reach the parts of Turkey we usually travel, add another 1,500km or 900 miles! Through the historic silk and spice routes linking the Far East with the West, Turkey has long-standing connections with these places, which were way-points on those ancient trading lanes. Languages related to Turkish are spoken to this day in both cities - Uzbek in Bukhara, Uyghur in Kashgar - and similar dishes to the one presented here are still served in both of them.

So, our simple preparation of rice and meat is in itself a reflection of Turkey's long history. While typically Anatolian, it also represents the westernmost reaches of a culinary tradition that spans the vast spaces of Central Asia and that reflects millennia of cultural connections.

- 500g (just over 1lb) lamb, boneless and cut into small cubes, not more than a thumb, 1cm (0.4") across. (It should be mostly lean meat, e.g. from the shoulder, but a few pieces of fat will enhance the flavour. Incidentally, this dish is also a great way to use up leftover lamb!)

- 2-3 carrots (depending on size), peeled and grated

- 1-2 tablespoons butter (if you want a richer dish, you can simply replace all of the oil with butter. That would have been the norm in inland parts of Turkey until quite recently, as olive oil was not easily available...)

- about 1 litre (4 cups) stock (if you have access to it, use lamb stock, otherwise vegetable or even chicken stock will do)

- 1.5 teaspoons ground juniper (if allspice is more easily available, it's a valid alternative)

- half a teaspoon ground cloves, if you have access (I did not and it worked fine, but I'd certainly include them if possible)

- optional: a handful or two of dried fruit, like raisins, currants, sultaninas or chopped dried apricots (I did not use them initially on this occasion, and the recipe does work without them, but they enhance the dish immensely)

- a few sprigs or parsley

1. With all the chopping, grating and cutting done, heat the oil and butter in a heavy and reasonably large saucepan. Before it reaches smoking point, reduce the temperature to a low medium and pour in the chopped onions. Fry, frequently stirring with a wooden spoon, until they start turning soft and transparent (5-6 minutes). Now add the garlic and continue frying and stirring for another two minutes.

2. Now add the cubed lamb, raise the temperature a tiny bit, mix well and continue stirring occasionally as the meat browns. Carry on doing this for about 10 minutes, until all the lamb has changed colour (if you are using leftovers that have already been cooked, a minute or two will be enough).

3. Mix in the grated carrots and a bit of salt and pepper, continue stirring for another 2 minutes.

4. Add the rice and the spices. Mix well again, to make sure the rice soaks up all the liquids from the meat.

5. Once there is no liquid left visible, add the stock. Stir well and bring the whole mixture to the boil. Let it boil for two minutes, then reduce the temperature to low. If you have chosen to add dried fruit, stir them in while the mixture is boiling.

6. Cover and let simmer for about 12 minutes (that's how long it took with basmati rice). During this time, the rice should absorb all of the stock, resulting in a highly aromatic and fairly dry mixture. If it's not there yet, let it continue to simmer a little longer, until all liquid has been absorbed.

7. Remove from the heat, uncover, mix in the parsley, season with salt and pepper to taste and let it all rest and cool down for ten minutes or more.

8. Your pilav is now ready for serving. Spoon some of the rice-and-lamb mixture into each plate and add a tablespoon of yoghurt on top or on the side. Some eaters enjoy it with the yoghurt folded into the rice, others like to leave it separate - it's up to them.

Variations: this is a fairly basic recipe, and a versatile one. You can certainly experiment with the quantities of the spices. Ground cloves may be added as well, a (very) small amount of cumin may also work. I have been served versions that included tiny bits of lamb's liver, complementing or even replacing the meat. There is also great potential in adding something sweet to deepen the flavour, for example a handful or two of currants, other (chopped-up) dried fruit and/or pine nuts, even almonds. If you'd like to try that, mix the dried fruit in just before the simmering stage. The Kashgar version favours dried apricots. Similarly, you can replace or complement the parsley with another green herb, such as fresh thyme.

I recommend a fresh tomato salad as a side.

Enjoy this simple but tasty Anatolian dish - and let it inspire you to dream of an escorted tour or cruise in Turkey! 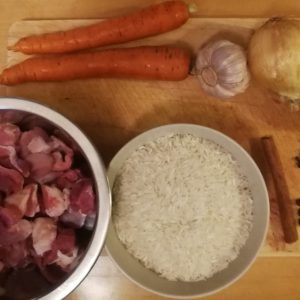 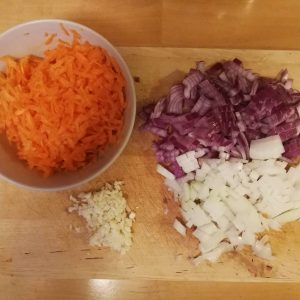 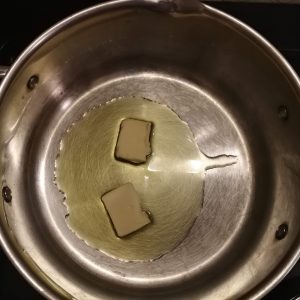 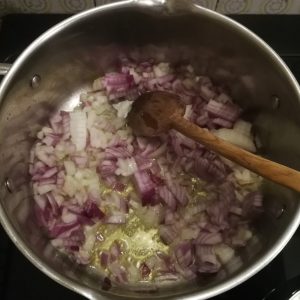 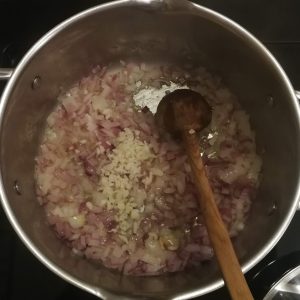 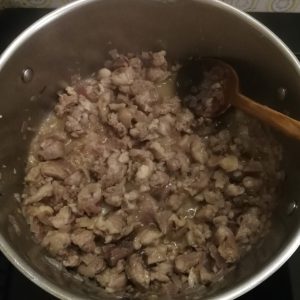 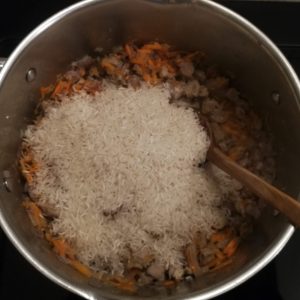 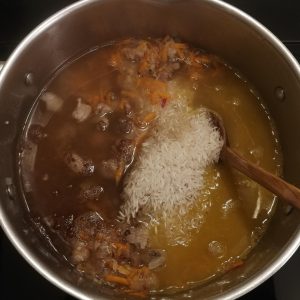 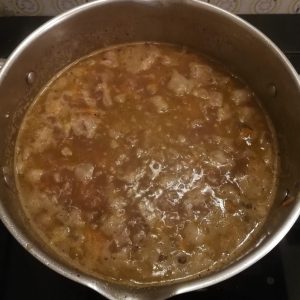 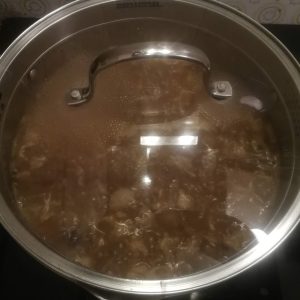 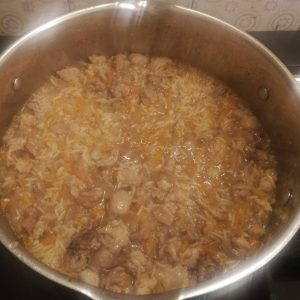