by Heinrich Hall on 19 February 2014 • No commentsArchaeology/History, Italy travel

Almond blossom framing the extraordinary "Temple of Concordia" at Agrigento.

Sicily in February? Not the obvious season for an Italian holiday - and yet, I have just returned from a 6-day stint on the largest island in the Mediterranean. But then, it was not a vacation.

In April, our new 14-day Exploring Sicily tour will run for the first time. Thus, our expert guides, Michael Metcalfe and Lucia Iacono, are busy making final preparations. At Peter Sommer Travels, we pride ourselves in the careful and painstaking work that goes into all our tours and cruises, starting long before they ever enter our brochure or website and continuing right until the beginning of the respective trip, to make sure that our guests' experience, including sight visits, meals, accommodation and travel, is as smooth, diverse, enjoyable and interesting as possible - in short, we aim to show up the best aspects of the areas we visit.

Hard work: Michael and Lucia being shown around a winery near Agrigento.

To that end, I was asked to join Michael and Lucia on a final and intense preparatory tour of parts of Sicily, to serve as photographer, occasional driver, food and wine tester (!) and overall to provide an extra pair of eyes and brain cells (hopefully more than a pair of those), contributing to some final decisions regarding the day-by-day course of Exploring Sicily.

We had a glorious few days overall, filled with sites representing the extraordinary complex history of Sicily, the island's great hospitality, wonderful food and grand sights. Yes, there was a little precipitation now and then, but we also enjoyed days of sunshine and temperatures that would pass for summer in other parts of Europe, in landscapes already strewn with wild flowers. Mind you, February is the deepest part of our winter here. That's why our Exploring Sicily is set for April, when flowers abound, the weather is temperate and the summer heat is still a long way off.

This post is the first of a little series, reporting my impressions from some of the truly amazing sites I saw last week.

The Temple of Hera (or Juno) at Agrigento from a distance.

Agrigento, ancient Akragas, is a want-to-see site for any student of ancient architecture. It is best known for the near-fully-preserved so-called Temple of Concordia, the second best preserved of all ancient Greek temples. God(s) only know(s) which deity it was dedicated to, but it is an essentially complete Doric temple of the 5th century BC, with much of its detail preserved thanks to its later conversion into a church.

Even more astonishingly, that temple is set on a 1.8km (1.1mi) ridge (oddly, called the Valley of the Temples) that holds the remains of no less than eight Greek temples. Convention ascribes them, from East to West, to Hera, Concordia, Hercules, Olympian Zeus, Castor and Pollux, Vulcan/Hephaistos and Asklepios, but truth be told, archaeological evidence does not permit clear identification of the deity in each case. And although all the temples (they all date from the 6th and 5th centuries BC) are variations of the same basic theme, each is subtly different in its detail and execution, most significantly that of Zeus, which was huge and very different from the usual Greek temple design.

Agrigento: The so-called Temple of Hercules.

For the archaeologist, the site is a fascinating one, reflecting ancient Greek architecture and ancient polytheist religion, and indicating the enormous wealth and size that Akragas achieved in the 6th and 5th centuries BC - which is also represented by the fine contents of the local museum.

But setting academic interests aside for a moment, Agrigento/Akragas is simply a stupendously impressive site of great beauty and depth, expressing human achievement at its best and most beautiful. With its views over the coastal plain on one side, and up to the medieval and modern town of Agrigento on the other, and its park-like setting, dominated by almond blossom during my visit, the site is unforgettably lovely.

For more impressions from Sicily, watch this space. And to see the site for real, join us on our Exploring Sicily tour!

The Temples of Agrigento 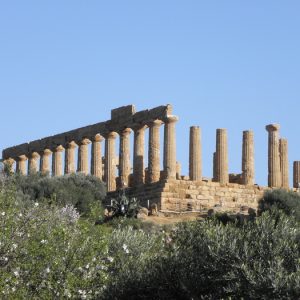 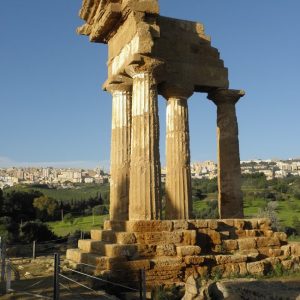 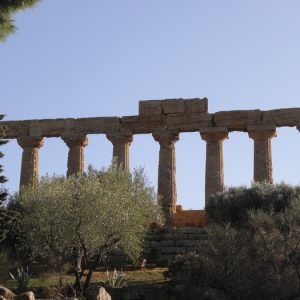 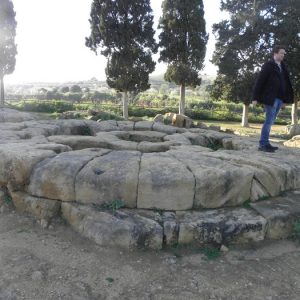 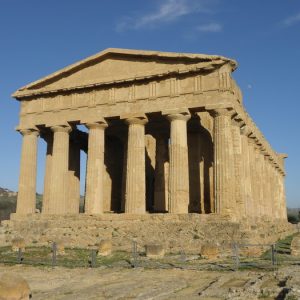 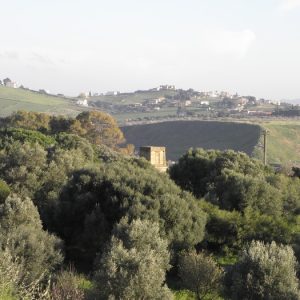 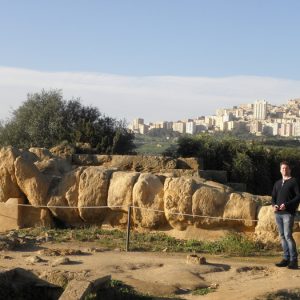 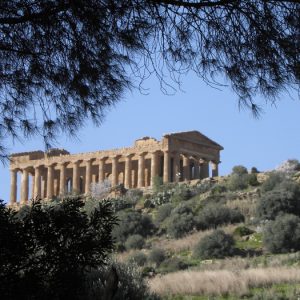 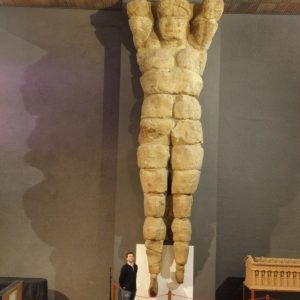